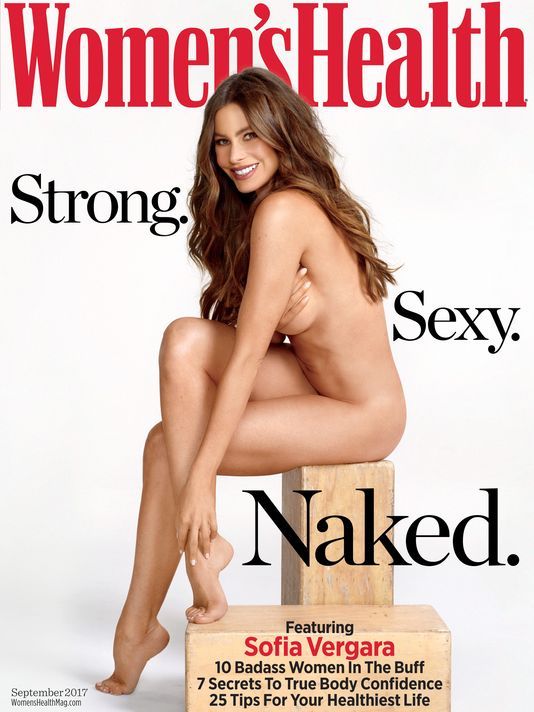 She eats like an “animal” (her word!) but never leaves the house without makeup. The bundle of contradictions that is Sofia Vergara reveals all—including why she’s suddenly got undies on her mind. 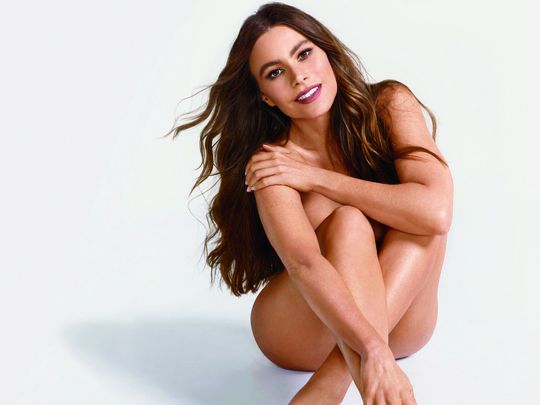 Sofia Vergara is 45 years old. That’s not a typo.

Looking beautiful as ever, the Colombian bombshell recently graced the cover of Women’s Health Magazine–naked.

Vergara is embracing the aging process, and who can blame her?

“It’s not that you hate (being older), or that you’re upset about it, but it is our reality. We’re changing,” said Vergara in the magazine.

A refreshing take when you consider how many people freak out over the tiniest of skin laxity when they start to age.

In her feature, Vergara talks about her “gigantic boobs,” which she’s had since she was 13.

“My boobs are real, and I had a baby. If I grab them, I can’t even cover the nipple!”

Vergara draws inspiration from her mother-in-law who at the age of 68 is a workout beast.

“She’s 68 and she’s been working out for a long time. My mom is 68 too and had never worked out. So I made her start Pilates, and now she can get out of a car without, like [makes struggling noises],” said Vergara.